Celebrating one year of Postcultural

One year ago today I launched Postcultural. In my opening note, I penned a mission statement of sorts: “hopefully, I’ll write about something you haven’t seen yet, or offer a new perspective on something you have.” Over 200 posts later, I think I’ve stayed true to that.

Between my Verge and Future Grooves columns, I’ve tried to distill talent from hype. Last year, that meant adding something to the conversation about blog sensations Odd Future, Frank Ocean and The Weeknd, Kreayshawn, and Lana Del Rey. Locally, I hope to find more subjects like my favorite DC duos.

In regards to larger musical trends, I frequently returned to the bass music scene (regrettably, “rhythm and bass” didn’t catch on as a genre name). After compiling an unofficial history and a mixtape of “classics,” I’m probably done writing about moombahton, though. However, I’m looking forward to more label profiles, like the ones I put together for Night Slugs and Tri Angle.

While music dominated the blog, I’m still committed to covering television, film, comics and other cultural artifacts. I still don’t think enough people watch Happy Endings or Justified, some of the best comedy and drama, respectively, to hit TV in the last few years. Hopefully shows like that can avoid the fate of Veronica Mars.

The last year has been a learning experience, and I’m sure I’ll continue to sharpen my craft moving forward. Let me also take this opportunity to thank readers, new and old: the support I’ve received has made this all worthwhile.

Ready for the weekend #27

Like most things in DC during August, this column took a bit of a vacation, but we’re back with a rundown on a busy weekend in the DMV.

I’m a little late on this one, but here’s DJ Lil’ Elle’s latest mix “Miles From Nowhere.” Plenty of hip-hop and bass jams, with great offerings by Brenmar, Canblaster, and SBTRKT; also includes Diplo’s remix of my favorite track of the moment, Kelly Rowland’s “Motivation.”

Ready for the weekend #26 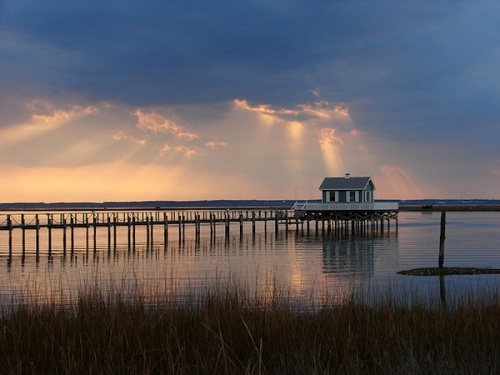 I’m heading to the beach this weekend, but here are some highlights if you’re in DC.

Mark your calendar: Klever will return to U Hall on September 8th with Tittsworth, Steve Starks, Manulita, and new dad Billy the Gent. His latest mix is a high energy blend of bass heavy electro and – what else? – moombahton.

Ready for the weekend #25 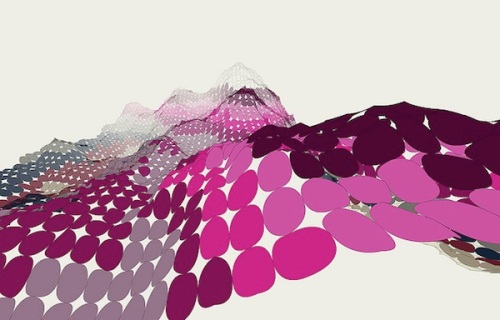 I have nothing witty to say about this weekend, but I’ve now done 25 of these. Enjoy.

Image by Gwen Vanhee, via @FFFFOUND

Anyone who was at Moombahton Massive V knows firsthand why (thee) Mike B was voted LA’s Best Club DJ. For a taste of what he dropped last month, check out his second “Watch Your Ton!” mix. Listen to the whole thing, or just keep rewinding Morrison’s remix of “Show Me Love.” That’s what I’ll be doing.

The Cool Kids Unofficial After Party, presented by Postcultural

The Cool Kids’ Bake Sale EP was released in 2008, but for some reason it feels like it’s been even longer. Maybe it’s because their long-awaited debut album When Fish Ride Bicycles was stuck in record label purgatory for so long. Or maybe it’s because their trademark 808 boom-bap style is anachronistic by nature.

Either way, the group that brought ’88 back is ready to rock parties across the nation. The duo (comprised of Mikey Rocks and Chuck Inglish) stop by the Rock and Roll Hotel tomorrow night (tickets are still available). Their Midwestern nonchalance and sing-along lyrics are perfectly suited to the dog days of summer.

As always, after the party, there’s the after party. Join DJs Matt Rose and Blake Nine upstairs for the festivities. To sweeten the deal, grab this $10 coupon for $25 worth of food and drink and be sure to grab a Floridano sandwich with your PBR.

Ready for the weekend #24

In DC, it’s a summertime catch-22: congressional recess means some hill rats have left town, but the ones that are left are more apt to be out and about. Do your best and get your culture on this weekend.

Austin’s Dubbel Dutch is doing big things in the future bass scene with his juked out rave tracks. But what happens when you combine Jersey club R&B edits with a Texas heat wave? You get Dubbel Dutch’s Swishahouse-inspired Slow Club Mix. Please let this mix be the birth of a new genre.

Ready for the weekend #23

This weekend, pour one out for July, as summer is that much closer to ending. Make it count!

Did you see Brenmar‘s rhythm and bass set at last night’s Trouble and Bass? If you said “yes,” you’re probably a liar; after Wednesday’s Moombahton Massive, the U Hall audience was on the mend, not the dance floor. Right that wrong by bumping his latest mix, a collection of straight-up R&B jams for Dummy Mag.

Ready for the weekend #22

This week saw both the last shuttle landing and Postcultural’s first hacking. Obviously, both monumental occasions. With this unbearably hot weekend about to start, remember that a lazy day with Netflix and a cold drink is often the easiest path to happiness.

Hat tip @VeeShip for the photo (via Atlantic Wire).

Not sure about some of this weekend’s events? Here’s a double shot of brand new mixtapes from two of the DJs in question. Space Agent drops a sexy poolside disco mix (with Lolita art, natch) and Cam Jus provides the requisite moombahton with his summer promo mix.

Ready for the weekend #21

It’s the middle of July, which means summer is about halfway over (optimists would have a different take). There’s no time to waste another weekend.

We all need more club music in our lives. Cousin Cole obliges with his Major Rager mix, over 40 bangers crammed into as many minutes.

Ready for the weekend #20

Between the Fourth of July and prepping for a new gig, I didn’t post that much this week. This weekend would provide a good chance to catch up, if it weren’t for all these events.

As always, image via FFFFOUND!

I like Creep, and you should too. Check out this mix they made for Field Day, which includes everything from Grimes and Lykke Li to Brenmar and SBTRKT. Did they pick these tracks from my iTunes Most Played list? Who knows!