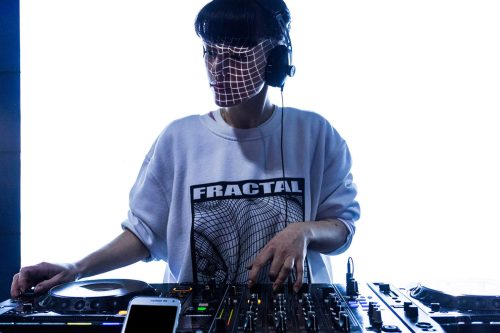 “If you look at all the greatest artistic and technical achievements in the world, they’re usually driven by one mind,” says Sinjin Hawke. “With Zora [Jones] and I, we have a dual-mind – we’re almost the same person.”

That “dual-mind” was in full effect when I spoke with Hawke and Jones via Skype from their Barcelona home, especially since they often finish each other’s sentences. But even though the co-founders of Fractal Fantasy – the creative platform that houses their audio-visual work – are romantic partners in addition to creative ones, it’s not a rom-com cliché. It’s more like a never-ending relay race of information – a race that has taken them from mashing-up their club constructions with film snippets to launching an interactive audio-visual platform to (in Hawke’s case) collaborating on Kanye West’s The Life of Pablo. When I mention a clutch of Hawke’s bootlegs that surfaced in 2011, the pair laugh at how long ago that was. “A lot has happened since then,” says Hawke, who doesn’t feel like five years have passed. “But when I look back at how much stuff has been done, it makes sense.” 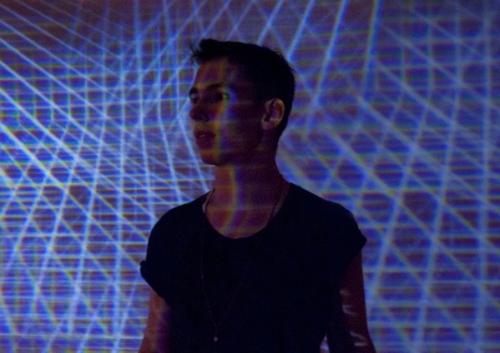 Musicians and writers alike (myself included) have struggled to coin a term for the post-dubstep, R&B-influenced world of bass-heavy dance music, but “future bass” seems to be winning the genre name war. For Sinjin Hawke, the operative word in “future bass” is definitely “future.” Certainly, the Barcelona by-way-of Montreal producer doesn’t forgo the supple bass that the ascendant genre favors – he’s just operating on more levels.

A rack of bootlegs released late last year (available for free from the good people at Truants) first demonstrated his promise. As he related on the Truants blog, “The idea behind this compilation is to recontextualize some great songs for club use by exploring different styles of club music (chicago house, footwork, dancehall, rap) within the vein of the originals.” Bootlegging songs by Brandy or The-Dream, Sinjin preserves the original’s essence while updating rhythms and spacing out production. Even his instrumental remixes of Beyonce’s “Countdown” and DJ Khaled’s “I’m On One” breathe new life into ubiquity, whether with drumline acrobatics or footwork intensity, respectively.

While his bootlegs and collaborations set the table, Hawke’s debut EP The Lights is the full meal. The EP is an epic trip through layers of bass, dramatic horns and scene-stealing synth work. For all the competing influences and sounds – even within songs – nothing seems out of place. Stuttering footwork and trap bass beats feel at home with his orchestral tendencies. “Like That” chops, screws and jukes samples from David Banner’s club anthem “Play” into something more hypnotic and sexual than the original, as unlikely as that seems. The highlight, however, is “Crystal Dust” which alternately shimmers and stalks, somewhere between the trademark sounds of contemporaries Hudson Mohawke and Girl Unit.

At their worst, genre names are trivial and divisive; at best, they’re occasionally appropriate. While many artists are being collected under the future bass umbrella, few are crafting dance music that sounds as futuristic as what we’ve heard from Sinjin Hawke.