A rocking Arcade Fire overloads the senses at Capital One Arena 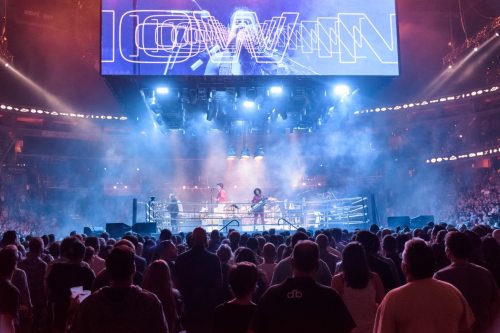 On tour in support of an album whose press campaign spawned fake news, fake reviews and fake corporations shilling fake products, Arcade Fire came to the stage Saturday night with an equal dose of unreality. Introduced as the “undefeated, undisputed, heavyweight champions of the world,” the band made its way to the center of the Capital One Arena floor to an in-the-round stage surrounded by boxing ropes as a Michael Buffer-esque announcer humble-bragged about the band’s countless awards and honors.

This entry was posted in Music and tagged Arcade Fire, Washington Post. Bookmark the permalink.