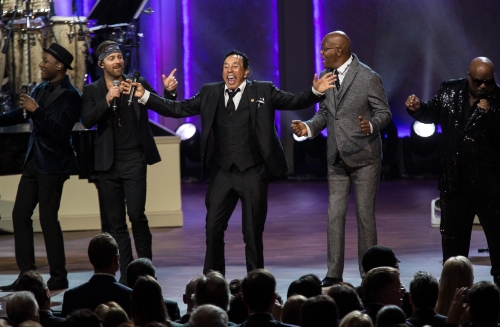 “On Wednesday night, Smokey Robinson received the Library of Congress Gershwin Prize for Popular Song, joining the esteemed company of songwriters such as Paul McCartney, Stevie Wonder and Billy Joel. First bestowed in 2007 to Paul Simon, the prize recognizes work that has a “significant and uplifting influence on the world of music and on our society as a whole.” The only thing debatable about Robinson’s winning of the Gershwin Prize is why it didn’t happen sooner.”

This entry was posted in Music and tagged Smokey Robinson, Washington Post. Bookmark the permalink.