The pure and joyous uplift of Chance the Rapper 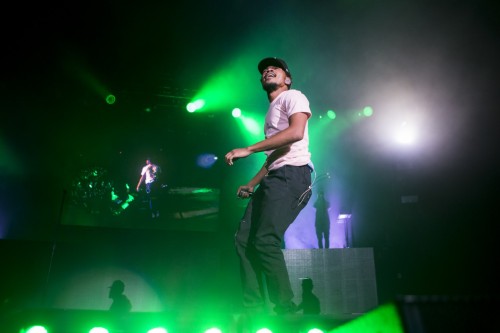 “He’s only 23, but Chance the Rapper has already outgrown his moniker. After breaking through with his instant-classic “Acid Rap” mix tape in 2013, Chance dabbled in band-leading on last year’s “Surf,” an album credited to collaborators Donnie Trumpet and the Social Experiment. But it is “Coloring Book,” a mix tape he released in May, on which Chance has found his true — or at least next — calling: spiritual leader of a gospel-rap revival.”

This entry was posted in Music and tagged chance the rapper, Washington Post. Bookmark the permalink.