This is it. After nearly six months, these seven strangers are about to leave The Real World for the real world, and they’re each handling it in their own way. Genesis, sadly, is faring the worst. She is in “total fear” of losing everything she has in Boston (the house, her roommates, the Center) and going home, where all she has is unpaid bills, no apartment, no girlfriend and no job. She scared of never seeing the housemates again, and she regrets that she didn’t open up and share more. For now, she shares a cry and a tissue with Kameelah.

Montana, perhaps realizing that her mistakes, tries to mend fences with Elka, telling her that if her time there was worth anything, it was because of her friendships with her, Sean and Syrus. “When you get married, I will be there,” she promises. In the confessional, we reach Peak Elka: “[Montana] may be a feminist and she may not be a virgin, but we have a lot in common.”

While Sean wants all seven to have one last dinner at Artu’s, where they ate the first time they all went out together. Montana is down: after everything, even if they don’t like each other, they survived the experience together, and she wants to commemorate that. But other resentments are still very real. Kameelah wonders why they have to “relive this nightmare,” and if she doesn’t go, Genesis doesn’t want to go either; they eventually agree to go after some prodding from make-love-not-war Jason.

At Artu’s they toast to five and half months of memories. Elka notes all her firsts: being away from home, having roommates, working with kids, having a relationship with a gay person. They’re “all good” experiences, and it’s going to be hard to leave. Even Kameelah comes around to Montana’s way of thinking: no matter how horrible things got, they’re leaving as a group, and it’s been the best experience she’s had.

Back at the house, Sean notes that his “naiveness” was a big impediment in his relationships with Genesis and Kameelah, and Genesis admits that she was more closed off than she should have been. “We all should have had this conversation two months ago,” Sean says, and it’s the most right he’s ever been on the show.

Sean and Syrus play one last game of pool and, with Montana, they toast to the “three homies.” They’re in a more celebratory mode than Genesis, Jason and Kameelah, who commiserate about not going back home to much. At the airport, they share tearful goodbyes as they leave, one by one. Sean goes to give Kameelah a handshake and she tells him “don’t be retarded” as they hug; she even hugs Montana goodbye. Montana is the only one not flying, and Vaj pulls up in a purple Mustang convertible (for all their drama, it’s as if it never happened). Genesis blows Jason a kiss, and that’s it.

Well, my two-month nostalgia trip is over. I’ve found this whole project rewarding, not just as a writing exercise, but as an examination of memory and its various tricks (it’s no The Night Of The Gun, but the principle is the same). Some things I remembered vividly: Montana and the wine, the discussion of homosexuality with the kids, Syrus being a player. Other things were more vague: playing doctor at Martha’s Vineyard, Elka’s relationship with Walter, Sean’s goofiness. And I can’t believe I completely forgot about the Real World / Road Rules challenge. But even now, my memories of what I watched when I was 13 and what I saw for the first time in the past few weeks are starting to blur. Even my opinions of the housemates has changed from my initial memories and impressions, as did their portrayals as the show progressed.

I retrospectively identified with Jason based on his outsider status, and while I would have liked to see more of his story, that same status kept him apart from much of the action. I had remembered Genesis being cool, but I didn’t realize how crucial her journey — not just dealing with her sexuality, but her empowerment in general — was to the core of the season. No wonder so many people I spoke with named her as their favorite. Similarly, I didn’t remember Kameelah as being such a prominent figure and strong personality in the house, and I certainly didn’t realize the Kameelah-ass-list had lived on in the pop culture consciousness.

Sean, Syrus and, to a certain extent, Elka remained consistent from beginning to end, both in my memory and on the show, but their compatriot Montana changed most, both for me and on the show. My first impression was Jessa of Girls, “but on her best day and without the malice,” and while her over-sharing and life sessions had their charms, her manipulative, self-centered behavior (from her relationship with Vaj to her actions at the Center) certainly revealed some malice I hadn’t remembered.

I’m not going to lie: like every other series finale I’ve ever seen, from Six Feet Under to The Shield to The Sopranos to Scrubs, the end of Real World: Boston was emotional for me. For someone who holds television as highly as I do, even happy endings are bittersweet, and while ending my “relationship” with fictional characters is always tough, this was different. Obviously, these aren’t fictional characters (although their portrayals might be fictionalized and finessed by producers and editors), and instead of having to contemplate “what ifs,” we have “where are they nows.” 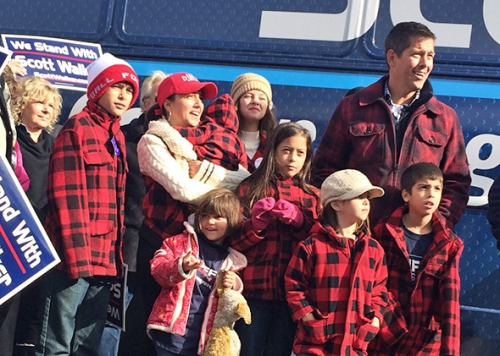 Sean is perhaps the most notable: after marrying Rachel Campos from San Fransisco, he got into politics and is currently a Republican congressman; they have seven children. Any insights he gleaned into the lives of gays and blacks in America might have been for naught, as a member of some of the most conservative Congresses ever. And while Sean might be “making a difference,” Kameelah is actually making a difference: she’s an OB/GYN in New York.

All the housemates would go on to participate in various Real World/Road Rules Challenges, but none did so more than Syrus, who competed in five seasons post-Boston. He also turned his MTV celebrity into a career, working in the entertainment industry in various capacities. Jason also capitalized on his reality TV experience, but in the opposite direction: he quickly moved behind the scenes and is a partner at a reality TV casting company that bears his name; he lives in Santa Monica.

Also in California: Montana is an acupuncturist, herbalist and massage therapist. Genesis is a graphic designer and photographer whose Twitter bio describes her as a “Reality TV ‘has-been’.” Elka was engaged to Walter for a time and eventually ended up in California, but is the quietest, internet-wise; I guess that makes sense, all things considered.

Even after rewatching the season, and even after doing a little bit of internet stalking, I have to admit, I don’t know these people at all. Elka touched on this in an interview back in 2001. “Even if they know me for that span of five months, I say, ‘Sure, you know me. You know what I was up to for those five months, but you don’t know me as a person.’” For all it meant to me then (and now, to be honest) The Real World is not the real world.

Best musical moments: After all the old favorites, hit records and nostalgia bombs, the season closed first with Oasis’ ‘Don’t Go Away’ and then — as the show frequently did — with something a little more on the nose: Boston’s ‘Foreplay/Long Time’. “Well I’m takin’ my time, I’m just movin’ on / You’ll forget about me after I’ve been gone.”

One response to “Real World: Boston #13: Moving On”