An introduction to ballroom beats with genre innovator Vjuan Allure

The ballroom community is an underground culture that harks back to days when gay dance parties were strictly private affairs. But don’t let the name fool you: these functions aren’t formal waltzes in black tie, they’re LGBT catwalk performances and battle dances set to a hyper-kinetic blend of electronic beats. “The music is very dramatic, very to the point,” says DC-based DJ/producer Vjuan Allure. “You don’t have time to warm up: you get out there and bring it, and the music comes out that way. As soon as it starts, it’s already hot.”

For most people, their experience with ballroom began and ended with Madonna’s 1990 hit “Vogue.” But like all underground scenes appropriated by mainstream provocateurs, the culture lived on and continued to evolve. Ballroom is currently undergoing a renaissance, as producers and DJs like Vjuan craft tracks for the function and beyond. And it all started about a decade after Madonna’s crossover hit. 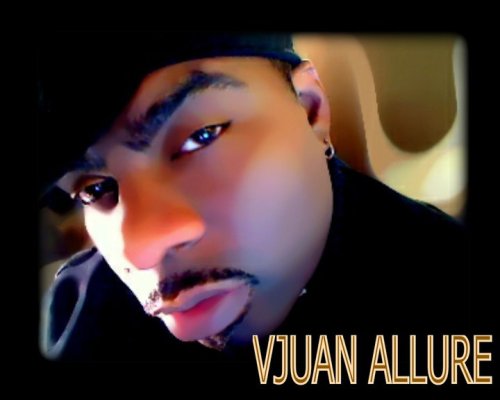 Back in 2000, Vjuan Allure was playing a ball in Detroit. He had hauled cases of vinyl from the DC suburbs for the event, but was dismayed when the host only wanted to hear six songs. This was a tipping point. Vjuan had been frustrated with the scene’s musical stagnation, i.e. balls that played the same music, function after function. Upon returning home to Beltsville, Maryland, Vjuan remixed seminal hit “The Ha Dance” by Masters at Work (the original is below). With that, the ballroom beats genre was born: music written and remixed specifically for the ballroom, and for the exciting vogue femme style in particular. “I started making hot beats, period,” says Vjuan, “and the ballroom went along for the ride.”

Vjuan Allure is the epitome of the DJ-as-world traveler. Born in Puerto Rico, he grew up between New York and Atlantic City. A dancer first, he started clubbing in New York around when he was 11 years old; with his mother traveling for business, he stayed with an aunt who was more liberal towards his nighttime activities. Despite his young age, he befriended dancers and bouncers, immersing himself in the scene. In college, he moved to Naples, Italy as part of a cultural exchange program, and his wealth of stockpiled music began his DJ career. “They wanted me to play hip hop, which is fine, but I wanted to play house,” he says. He started to build a following, but had to come back to the states as things were taking off. Almost on cue, he returned to Italy in 2002, just as his career was taking off stateside.

On the second day back in Italy, Vjuan had a revelation in the club. “That beat sounds real familiar,” he thought. “And then my voice came on.” Spinning his head in time with the record, he saw his name and realized the extent of his growing popularity. What followed has been a career as a leading figure in the re-energized ballroom scene.

Although he lives just outside of DC, Vjuan has recently found greater affinity to the music of Baltimore. Vjuan has worked with Scottie B, remixed for Unruly Records, and became a resident at Ultra Nate’s Deep Sugar party. “When I heard Bmore club, I was immediately in love with it.” Although club music isn’t played at balls, there is similarity in the hard-hitting, non-stop beats; Vjuan’s remix of “Lose Your Fvkin Mind” by Schwarz is a perfect example of this symbiosis.

After creating the ballroom beats genre over a decade ago, the underground is again breaking through. But instead of Madonna, the heralds of this crossover have been DJs like Kingdom and MikeQ and labels like Night Slugs and Fade to Mind. Vjuan provided a remix for MikeQ’s debut EP on Fade to Mind, and his remix of Bok Bok’s grimey “Silo Pass” will be released this year. His frenetic tour schedule will bring him to Japan, Sydney, London, Italy, and Miami, but rest assured, no one will be asking to hear hip hop or the same old ballroom standards: “They’re bringing me for me.”