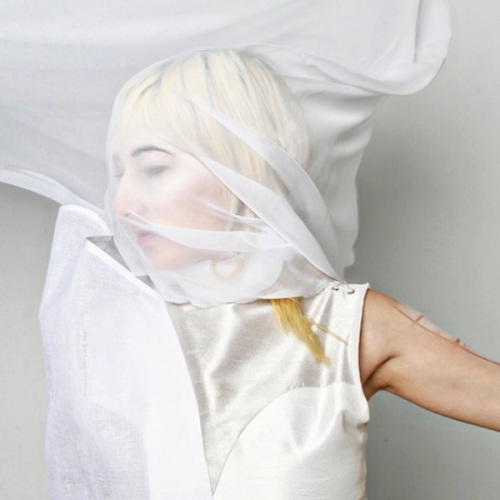 “Conatus” is an archaic philosophical term that refers to an innate inclination towards continued existence and enhancement. Fittingly, it’s also the title of Zola Jesus’ latest album, which sees the gothic singer-songer’s continued transition from the bedroom to the nightclub.

Her third album in three years, Conatus flows from the template established on The Spoils and Stridulum: synthetic ambiance, industrial percussion, and the operatic vocals of Nika Roza Danilova. Once again, the record is marked by crystal-clear production, as on Stridulum, that leaves only the hint of the dissonance and feedback on Zola Jesus’ earliest recordings. The shift between this album and the last is not as dramatic this time, but there is a greater focus on atmospherics and Danilova’s vocals as the dominant instrument. Due to this textural approach, songwriting has taken a backseat: the hooks of Stridulum, both captivating and melancholy, are not as readily available.

Musically, Conatus picks up where Stridulum left off. Synthesizer melodies are brooding and ominous, and electronics buzz and chirp throughout. Lead single “Vessel,” with its pneumatic effects and cacophonous, metallic outro are reminiscent of Nine Inch Nails (an influence throughout the album). Strings, haunting and mournful, add another orchestral layer to the compositions.

The most significant change comes in the percussion. On previous Zola Jesus releases, drums thundered and stalked, but were little more than a metronomic heart beat. On Conatus, the programmed beats are danceable, owing more to synth pop than Skinny Puppy. The shifty beat on “Shivers” is decidedly modern. But don’t be mistaken: this is still a dark record. “Seekir” goes from queasy sub-bass and morphing synths to danceable dark wave and back again.

While there may be some changes to the formula, the main attraction of Zola Jesus remains constant. Danilova’s voice is overwhelming but not overwrought. On “Lick the Palm of the Burning Handshake,” her vocals are powerful but with a hint of vulnerability (something you might not get from the strident title). Too often, unfortunately, layers of reverb and delay obscure her voice like a veil. It works in moderation (like the echoing overdubs on “Vessel”), but I much prefer the clarity present on the yearning but upbeat “In Your Nature.”

Zola Jesus has amassed an impressive amount of material in a short amount of time, seemingly recreating herself on each successive release. Conatus is the next step in that process. It may not reach the songwriting heights of Stridulum, but it plays in new sonic territory as comfortably as ever. No matter what’s next from Zola Jesus, it’s refreshing to watch a musician turn into an artist.