Rome Fortune on his debut album, dinner with Oprah and life after rap 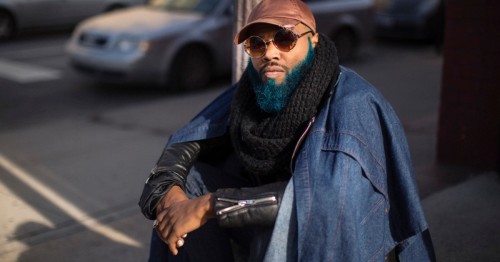 “On his debut album, Rome Fortune raps that he refuses to be pigeonholed.

It’s a straightforward message, but also something that has been evident in his ever-growing body of work. When he broke through in 2013 with Beautiful Pimp, Fortune unspooled his laidback lyricism over beats by Atlanta’s then-dominant Hoodrich Production Group (Dun Deal, Childish Major, DJ Spinz, C4) and established himself as part of the “New Atlanta” wave that was redefining the city’s rap scene. And while he’s at ease collaborating with the likes of Young Thug, iLoveMakonnen and OG Maco, he’s consistently looked outside of his city — and rap entirely — for collaborators, recording with Four Tet, Toro y Moi, Suicideyear and others…

With Jerome Raheem Fortune due out on February 26 via Fool’s Gold, we caught up with Fortune about the album, his unique relationship with his fans and his plans for a life after rap.”