Real World: Boston #7: “The only way to get your mind off a man is with another man.”

Despite The Real World joking about Montana’s “Love Geometry,” it was clear — almost from the first moment we saw them together — that Montana and Vaj’s relationship would not be fun and games. I maintain that a long-distance, seeing-other-people arrangement is difficult under normal circumstances and nearly impossible in The Real World, and by the midpoint of the season, Montana and Vaj’s delicate balancing act falls apart.

I’ve generally been more favorable towards Montana than Vaj, but her behavior eventually starts to tip the balance. She wants the best of all worlds: she has asked for Vaj to give her space to live her life and let her see other people without consequence, but says she’ll stop if he asks — an unwinnable position for Vaj, who would then be asking her to sacrifice her independence. She berates him for not being there for Valentine’s Day, but when he offers to visit, she says she already has plans (with Matt). It’s a cat-and-mouse game.

It’s not just frustrating for Vaj: the housemates aren’t sympathetic to the game she’s playing, either. Jason confesses that she has to “make a damn decision.” Kameelah tells her that she could be seen as “hoe-ish” depending on how far her relationship with Matt is going, and Sean — ever the manchild — thinks its fine as long as “boobies and cooter” aren’t involved.

When Vaj visits, the tension is palpable. Montana still wants him to keep his visit short and sweet, and Vaj jokes, “I could go now if you want.” Their day-after-Valentine’s date is a night at a hotel with a “$7 bottle of Champale,” during which Vaj gives Montana a painting that is “very romantic and at the same time totally gruesome.” The kicker is that the painting is only halfway finished because when Vaj painted it, his “soul was only halfway full.” Montana thinks that — and the painting’s “eternal, intense, burning love” inscription — is “a lot of pressure to put on a person.” She refuses to promise that they’ll be together again. “Make me no promises, tell me no lies.” 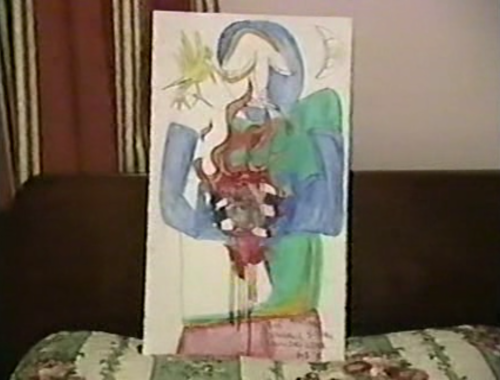 Vaj doesn’t want any lies, but he also wants to remain as blissfully ignorant as possible. When Genesis’s friend Adam asks (over speakerphone!) which of Montana’s boyfriends is visiting, Vaj loses it. “Oh, you son of a bitch, I’m climbing through that phone and ripping out your spine,” he jokes (air-quotes around “jokes”). He wonders how many boyfriends she has, but admits he doesn’t want to even know.

After Montana — in an act rich in symbolism — shaves Vaj’s head, the two prepare for his return to New York by appraising the uneasy visit. “You’ve just been so distant,” Vaj says, “I don’t even feel like I should be here: I feel like I’m impeding on your life.” Montana has gone from calling every night to pushing for him to leave; Vaj doesn’t know what to think. She maintains that he came up expecting too much from her: “How many times do I have to say I love you?” Vaj says it’s not just words, but actions: he’s putting up with a lot because he cares for her. He leaves sad, angry, confused — as he should.

The group’s trip to Puerto Rico both complicates the geometry and provides insight into why Montana is the way she is. In San Juan, she goes on a date with a local (with Elka briefly as the awkward chaperone), touring a cemetery and eventually frolicking in the waves and making out on the beach. She calls the guy “a great diversion” and ends the night with a kiss but nothing more. “The only way to get your mind off a man,” she explains, “is with another man.” To that end, she continues her flirting with Sean: she flashes his video camera when they’re on a boat, and he can’t help himself, showing the clip to anyone who will watch it. “I should have know that men are going to men,” she acknowledges. “Even if they’re good men, they’re still men.”

Montana’s issues with men are well established, but a late night discussion provides more insight. She never met her real dad, and her only exchange with him is heartbreaking. “I wrote him once,” she explains. “All I wrote in the letter was ‘I want you to know who I am, I’m eight years old, I like hopscotch, I like science, I like dissecting things. I don’t want anything back — I just want you to know what your daughter is like.’” Her father sent the letter back, unopened: return to sender, do not write to me.

Montana is nothing if not self-aware about how this lack of a father has affected her. “In my teen years, I sought acceptance from men through dating and having a boyfriend. I think it’s sick: I’m a feminist, I think that I’m a strong, independent person, but at the same time, it’s a little scary for me not to have a man in my life because I don’t have a father. I know why I’m that way, but what do I do about it, I don’t know.”

When she returns to Boston, the predicament is no clearer. She still has feelings for Matt, but wishes she didn’t. “That would be my dream: to have no feelings for him,” an empty wish that Elka calls a “Santa Claus prayer”: Montana hasn’t done anything to help herself. Montana finally takes action. She explains that she envisioned hooking up with someone in a bar, not meeting her new Valentine. Matt understands and they pledge to stay friends. 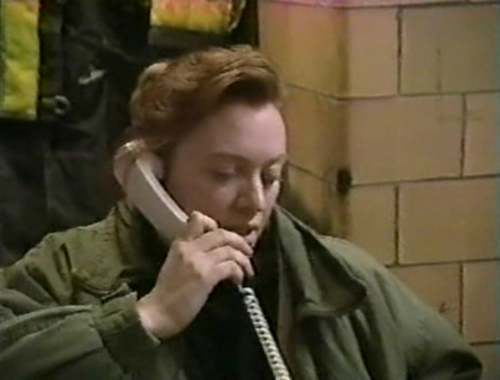 Montana’s relief is short-lived, as she gets a page from Vaj: “It’s over, I don’t love you anymore, love doesn’t mean anything, he can have you. You have one month to get your stuff out of my house before I throw it in the streets.” (My father had a pager and I only remember being able to send a number; I had no idea that leaving blocks of text by pager was a thing that existed in 1996/1997.) Before she broke it off with Matt, she was finally honest about the relationship with Vaj, and apparently she had been sleeping with him; that seems to be the final straw for Vaj, understandably.

With the housemates listening in, Montana makes one of the season’s most infamous phone calls. No matter what she says, Vaj’s retort is “WHORE!” As Kameelah notes, Montana hasn’t apologized: she’s still rationalizing and trying to explain her way out of the mess. “I deserve a woman who won’t immediately get into a hardcore relationship,” Vaj says.

The next day, when the shock of the argument has worn off, Vaj calls and says he wants to put all the negative stuff behind them and move on; Montana apologizes and asks for forgiveness. She goes back to New York to patch things over, and concludes that they needed time apart to appreciate what they have. It’s more bullshit on a pile of the stuff, but at that point, they both seem happy to believe a lie rather than deal with the truth anymore.

Best Music: “I’ve been a bad bad girl / I’ve been careless with a delicate man / And it’s a sad, sad world / When a girl will break a boy, just because she can.” How could the show not use Fiona Apple’s ‘Criminal’ as Montana’s unofficial theme song? Besides being perfectly appropriate for the scene, let’s reflect on ‘Criminal’ for a moment: Apple wrote it in 45 minutes on a whim and recorded it before she turned 19, and — due to what I can only assume was record label incompetence — it was the fifth (!) single from Tidal. Plus, the iconic, Lolita chic video was directed by Mark Romanek, who also helmed — you guessed it — ‘The Perfect Drug’.

This entry was posted in TV and tagged Real World. Bookmark the permalink.