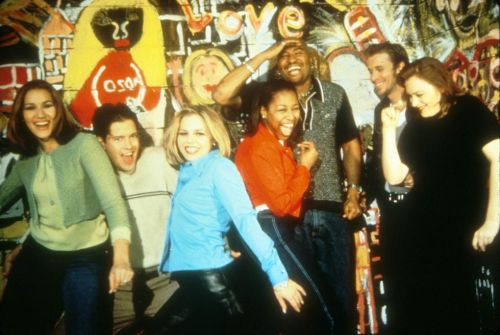 When I think back to my coming of age in the second half of the ‘90s, a monolith of pop culture rises from a horizon littered with alt-rock CDs, Kevin Smith VHS rentals and all-black band tees: MTV. While we’d later reminisce about a time when MTV “still played music,” music is secondary in most of my MTV memories, even at a time when music videos were still a key part of the channel’s brand. It is episodes of the personality-defining Daria, the then-shocking True Life documentaries or even the MTV-after-dark drama Undressed that define this period, more so than increasingly-infrequent music videos caught at off-peak hours or on TRL (begrudgingly, of course).

Yet no matter when your peak MTV viewing took place, one show remained a constant, a stand-in for your first glimpse of adulthood: The Real World. Premiering in 1992, The Real World kicked off the modern era of reality TV and set the trope table, establishing everything from the identity and personality checklists favored by casting directors to the video vérité style and confessional interview segments that have become TV staples (in reality TV and beyond).

While I would go on to watch the show for a few more years — including the iconic Seattle season and the sociopathic Hawaii one, along with parts of the mostly-forgettable New Orleans and return-to-New-York seasons — The Real World: Boston is the season that registers most clearly as a Key Part Of My Youth. I’d like to think it’s because Boston is objectively better, whether in storytelling or “character” development, but it’s probably because anyone’s favorite season of The Real World is the one they watched when they were 13. I didn’t have a bar mitzvah, I had The Real World: Boston.

I recently watched the first several episodes of Lifetime’s UnReal, a much-better-than-it-should-be drama that peaks behind the curtain of a Bachelor-style dating show, with heavy doses of satire and dark comedy. The show got me thinking about the roots of reality TV, portrayals of reality TV in fiction, and moments when reality TV has broken it’s own fourth wall. Without spoiling UnReal, I was reminded of this key moment from Seattle: the tearful fight between cast-member David Burns and Bunim-Murray casting director Kira Gourguechon, the latter of whom lost her job for mixing reality with reality TV (the fact that this is the second most iconic moment of Seattle is probably why the season is near the top of most “Best Of” lists).

In a desperate, post-midnight search for more Real World episodes, I was faced with the cruel facts: apart from the first and most recent nine seasons, the show doesn’t exist online. Whether it’s because MTV has misjudged the nostalgia market, or doesn’t want to deal with the music licensing issues that delayed Daria and The State reissues, it’s a huge missed opportunity, especially when everything else seems so readily in-reach in the age of on-demand culture.

But this isn’t my first rodeo. I managed to track down grainy VHS rips of The Real World: Boston, diving back into a world that is immediately as familiar as any of the TV shows that I’ve lived with in the intervening years. Even in the first episode, I was struck by the moment that Boston captured, not just for me, but for the medium. Characters were developed, cliques were formed and plot lines were foreshadowed, right at the moment as The Real World cast became self-aware. This is excellent TV.

With that in mind (and a gentle nudge from a friend), I’ll be blogging my re-viewing of The Real World: Boston. I still hate recap culture, and while this may seem as asinine an endeavor as proving the Caine-Hackman theory, I’m intrigued by the novelty of visiting a cultural artifact, and seeing how my memories of watching it at 13 compare with the experience of watching it at 30.

This entry was posted in TV and tagged Real World. Bookmark the permalink.