I’m dusting off the ol’ personal site for Yet Another Best Of 2012 list. I understand the criticism of such lists — that they’re masturbatory and/or arbitrary, they reinforce conventional wisdom, etc — so rather than crafting a few Top Tens (as I originally intended), here are some of my favorite songs, albums, artists, and musical trends of the year. 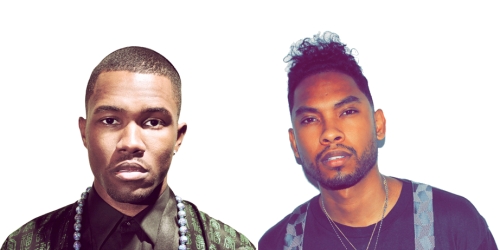 R&B of all flavors

Last year, the debuts of artists like Frank Ocean and The Weeknd resulted in heaps of chin-scratching think pieces about “hipster R&B” (or worse “PBR&B”). Ocean’s triumphant Channel Orange, and to a lesser extent, Miguel’s impressive Kaleidoscope Dream, continued to feed the “state of modern R&B” discussion, which is as boring to me as the related and equally asinine “real hip-hop” discussion. Genres are only useful as ways to ease description, preventing every music conversation from devolving into talk of “excessive vamping” and other music genome qualifiers. Genres aren’t boxes, and great music doesn’t usually start from a conceptual standpoint (“I’ll make X but use Y instead of Z”).

There is room in R&B for albums like Channel Orange and Kaleidoscope Dream, as there’s room for Jeremih’s sultry, R. Kelly-indebted Late Nights with Jeremih or How To Dress Well’s gauzy, deconstructionist Total Loss. And there’s always room for Rihanna’s empty-vessel hit parade: Unapologetic is her latest collection of “Good Girl Gone Bad” anthems, delivered on schedule and with corresponding media frenzy.

R&B is thriving in both the mainstream and the underground. Two of the best pop songs of the year, Usher’s Diplo-produced ‘Climax’ and Justin Bieber’s Timberlakish ‘Boyfriend’ are steeped in very different traditions (even if the respective albums didn’t live up to the promise of the lead singles). Meanwhile, vocal talents like Nina Sky and Solange Knowles, producers like Two Inch Punch and Nguzunguzu, and electronic duos like AlunaGeorge and Evy Jane continue to push and pull the form in exciting new directions.

It’s hard to believe that the blogosphere furor over Lana Del Rey’s music industry machinations happened over a year ago. I will admit that my initial review of Born To Die was far from charitable; acknowledging a backlash doesn’t always prevent one from getting caught up in it.

After nearly a year of debating and discussing the woman formerly known as Lizzy Grant, I’ve come around on Born To Die. As a mea culpa, here’s how I feel now (via my blurb for FACT’s best albums list):

The debut album from the most divisive pop star in some time did nothing but further polarize the conversation. Unfortunately, the conversation usually revolved too much around the idea of Lana Del Rey and not the music of Lana Del Rey. Whatever your opinions on retro-fetishism and her “gangsta Nancy Sinatra” PR spin, Born To Die is a phenomenal accomplishment: 15 songs (including bonus cuts, but not counting the expanded Paradise edition) with few if any missteps, a malleable but distinct voice, a well-oiled pop soundtrack that seamlessly fuses its many influences, and a pair of zeitgeist-defining songs (‘Blue Jeans’ and ‘Video Games’). When was the last time a record — and a major label debut, at that — could say all that? 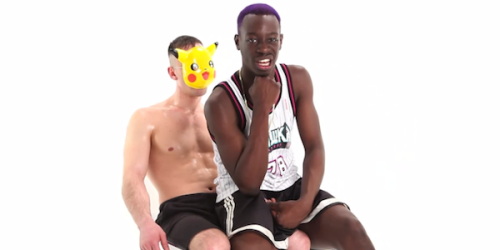 Rappers who happen to be gay (not “queer rap”)*

Let’s get this out of the way: Mykki Blanco, Le1f, Zebra Katz, Azealia Banks, and Angel Haze are young, black, and queer — but appending “Gay/bi/queer rapper” to every mention of their names is ghettoizing and reductive (not unlike predecessors “female rapper” and “white rapper”). As artists, their sexuality is an intrinsic part of their work, but it does not define it. Grasping at straws, one could point to their reliance on electronic dance music-friendly beats, but in a year that saw Hudson Mohawke producing for Kanye and Little Dragon working with Big Boi (to name just two examples), that’s not unique to this group.

In the mind-numbingly hetero-normative world of hip-hop, openly gay rappers have had a certain novelty to them.** But the time of novelty is over. Each of these artists has proven that their sexuality is not some sort of gimmick (a ridiculous double standard), and that they’re individual artists, forging their own paths. Mykki Blanco’s ‘Wavvy’, Le1f’s ‘Wut’, and Zebra Katz’s ‘Ima Read’ share certain signifiers, but they all come from very different places. For Azealia Banks and Angel Haze, the fight for equal footing seems doubly hard, but neither seems content to be “the next Nikki” or “the next Kim.”

Mainstream hip-hop is as top-heavy as ever: there’s Jay-Z, Kanye, Drake, Rick Ross — and then everybody else. For her part, Nicki Minaj seems less and less concerned with actually rapping, while Lil Wayne has kick-flipped his way into irrelevance. The rosters of MMG, YMCMB, and GOOD are loaded with middling talent, and despite Kendrick Lamar’s star-making debut, the rest of Black Hippy are far from sure things. A$AP Rocky faceplanted on Long.Live.A$AP, and don’t get me started on Trinidad Jame$. Hip-hop is in dire need of rappers with personalities and identities, and these new talents have both in spades. They also just “happen to be” gay.

* I realize that grouping these artists together is part of the problem, but here we are.
** The largely-positive response to Frank Ocean’s “coming out” was a step in the right direction.

Ubiquitous producers: Mike WiLL Made It and Ryan Hemsworth

After emerging in 2011 with the monstrous ‘Tupac Back’, Mike WiLL Made It had the type of 2012 that Lex Luger had in 2010/2011, scoring more than his share of mainstream hits with a melodic, synth-heavy Southern style that is equal parts trap menace and drugged-out ambience. The highlights include ‘No Lie’ (2 Chainz and Drake), ‘Turn On The Lights’ (Future), ‘773 Love’ (Jeremih), and a pair of moody strip club anthems in ‘Bandz A Make Her Dance’ (Juicy J) and ‘Pour It Out’ (Rihanna). He also received a credit on ‘Mercy’ (who didn’t?), and produced tracks for Gucci Mane, Young Jeezy, French Montana, and Brandy.

Mining similar sonic space (but in less commercial avenues) is Canadian wunderkind Ryan Hemsworth. The prolific producer dropped a pair of intriguing EPs (the self-released Kitsch Genius and Last Words for Weditit), but his calling card remains sublime edits of hip-hop and R&B tunes. Subtle, charming, and creative (Chrono Trigger samples, anyone?), his remixes of Frank Ocean’s ‘Thinkin Bout You’, Tinashe’s ‘Boss’, and Jeremih’s ‘773 Love’ (as mentioned, produced by Mike Will) kept popping up in mixes and podcasts, of which he assembled a dozen himself.

For both producers, the test for 2013 will be whether or not they can continue growing as artists, avoiding the pitfalls of establishing and relying on a “signature sound.” True masters are always surprising; when was the last time Kanye pitched-up a classic soul sample?

This entry was posted in Music. Bookmark the permalink.