Dubstep is a genre defined by bass. So what happens when a dubstep producer adds other bass-centric music – like Baltimore club – to the mix? 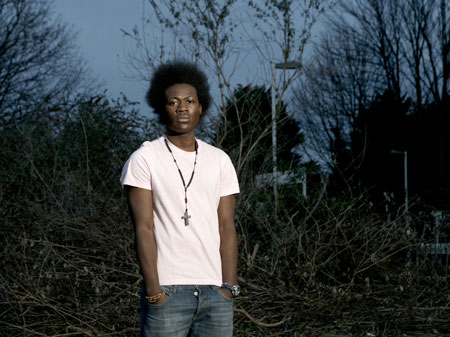 Seminal dubstep producer Benga‘s latest EP, Phaze One, does just that, laying down eight Bristol-meets-Baltimore bangers. Benga (real name Benga Adejumo) has been producing tracks since 2002, when grime first evolved into dubstep. His Diary of an Afro Warrior is a genre-defining record, full of stuttering two-step beats, ominous synths, and of course, heavy doses of stomach churning wobble. His breakout track was 2007’s dubstep anthem “Night,” a collaboration with fellow dubstepper Coki.

For fans of his earlier work, Phaze One does not disappoint. Most of the tracks cover familiar bro-step territory, like the grimey “eyeTunes” and “Your Band (Descending).” Even “Rock Music,” which starts with uncharacteristic timpani and strings, devolves into an abrasive grinder. But the most surprising tracks are where Benga play outside of his usual sandbox.

The EP is bookended by two tracks that would feel right at home in Baltimore. The succinctly titled “Baltimore Clap” combines a steady beat with a rising synth-line and some pulsing sub-bass. “No Bra, No Panties” may be the better combination of styles, with it’s airhorn-versus-sawtooth melody and lyrics that consist of “No bra / no panties / you playin’ yourself.” This one is definitely ready for the club, whether you’re in Bristol or Baltimore. And remember, don’t fear the wobble.

This entry was posted in Music and tagged benga, dubstep, dubstep dossier. Bookmark the permalink.