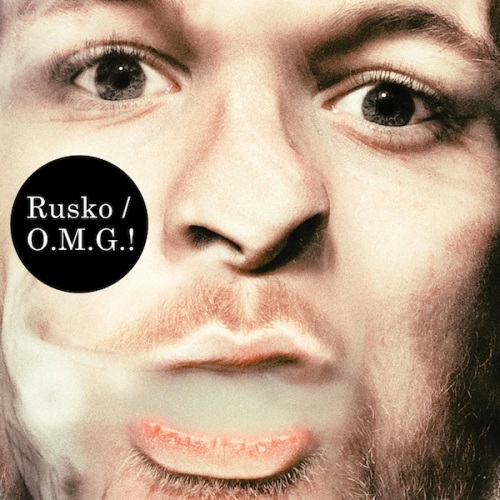 Every musical movement has a standard-bearer: a proud flag waver and ambassador to the masses. For dubstep, that role is clearly and ably filled by Rusko, the L.A.-based, Leeds-born DJ and producer. From his 2006 production debut “SNES Dub,” to breakthrough track “Cockney Thug,” to his earthshaking remix of Kid Sister’s “Pro Nails,” Rusko’s output has found its way into sets by everyone from Diplo and Switch to Pete Tong and Annie Mac. With his full-length debut O.M.G.! (Mad Decent), Rusko presents what may be dubstep’s first crossover album.

O.M.G! is a tour through the various permutations of dubstep, with each of the 14 tracks honed by Rusko’s ear for melody and hooks. The album kicks off with “Woo Boost,” a squealing, grinding assault complete with air raid siren (check out the alternate, drug trip of a video below). The throbbing wobble that has come to define dubstep is present here, and is a constant force throughout the album. The hardest dubstepper appears at the backend of the album: “Oy,” featuring the Crookers, is a reminder that Rusko hasn’t gone totally pop.

A pleasant surprise is the influence of rave and house on the album, elements Rusko only hinted at previously, on tracks like “Love is Real” off his Babylon, Vol. 1 EP. “Hold On” and “Feels So Real,” featuring Amber Coffman of Dirty Projectors and Ben Westbeech, respectively, are straight-up dance tracks, with pop hooks as essential as the basslines. “Kumon Kumon” sounds like a Skream track, with its jungle loop, Casio synth, and heavy dose of laser effects. Any of these three are guaranteed dance floor killers.

On a few tracks, like “You’re On My Mind Baby” and “Raver’s Special,” the vocals are vocoded and autotuned in a way that is fresh and exciting. The Black Eyed Peas and T-Pain may have done it to death, but Rusko is undeterred in using the technique, and makes it work. Rusko even pays tribute to the dub in dubstep, playing up the dancehall influences in the Rod Azlan toaster “Rubadub Shakedown” and album finale “District Line.” The reggae tunage would feel right at home in a Major Lazer set, with enough bass to get a crowd grooving.

If 2010 is the year that dubstep crosses over, it may just be on the back of hip hop collaborations and remixes. Gucci Mane, on “Got Da Groove,” is the perfect fit for a trap-step track. Rusko bends but doesn’t break Gucci’s vocals, utilizing them as just another instrument to sample. It’s not a standout track, but it points budding dubstep producers in the right direction.

O.M.G! is a complete album, perfect both for true bassheads and dubstep novices. Followers of Rusko’s young but promising career will recognize tracks from his Mishka Keep Watch! mix, now as fully formed songs. However, the LP is not a rehashing of previously released material, but a formalizing of where Rusko, and by extension, dubstep is in the middle of 2010. If you still haven’t gotten into dubstep, this is exactly the album that will make you a believer. Just put it on your system, crank the bass until the neighbors call the cops, and take part in the visceral experience that only dubstep provides.

FIVE OUT OF FIVE STARS.

This entry was posted in Music and tagged dubstep, Rusko. Bookmark the permalink.