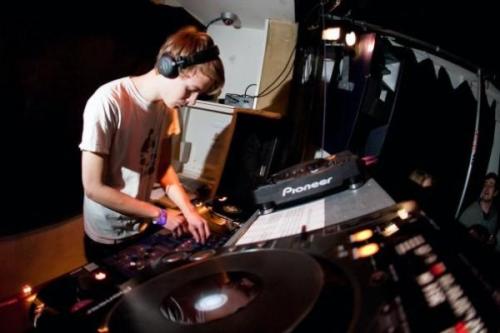 Arthur Cayzer is a 21-year old London university student who has only been producing for a year, but his talent belie his age and experience (despite his limited output). Signed to veteran Belgium dance music label R & S Records, Pariah is already making a name for himself with music that borrows from dubstep, UK funky, house, and future hop.

His first release, “Detroit Falls,” transforms a classic soul sample into a churning glitch fest. The track’s construction is reminiscent of an artist from its titular city: the late, great J Dilla. Bits and pieces of the original sample are interspersed with low end and synth chirps, creating a cohesive sound that satisfies both dubstep devotees and hip hop heads.

“Orpheus,” the b-side to “Detroit Falls,” keeps the tempo consistent but moves towards funky and house as Pariah re-works Thelma Houston’s disco classic “Don’t leave me this way.” It’s an “a-ha” moment; while other dance remixes of the track have focused on the upbeat chorus, Pariah opts for the yearning vocals of the verse. It’s a perfect fit for the syncopated, tribal beat.

Pariah also tried his hand at remixing, starting with his fellow countrymen, Ellie Goulding and the XX. His remixes of “Under the Sheets” and “Basic Space” present UK funky takes on songs that have already been remixed ad nauseum. For an extended look at his DJ skills and range, check out the bass-heavy mix he did for Sonic Router. The mix includes tracks by vets like Martyn and L-vis 1990, along with a hint at what’s to come from Pariah.
With such an abundance of promising young UK producers, it is difficult to separate the wheat from the chaff. But if Pariah continues to release tracks like “Detroit Falls” and “Orpheus,” it will be that much easier. And remember, don’t fear the wobble.

This entry was posted in Music and tagged dubstep dossier, electronic, pariah. Bookmark the permalink.